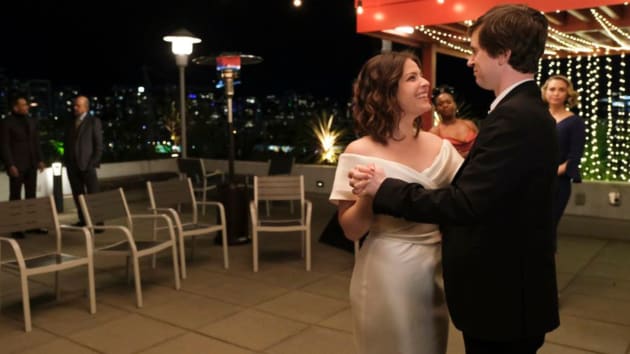 
Active shooters are a real threat in modern America.


Happy occasions can quickly turn into tragedies when someone with a gun hurts party guests or other innocent people.


The Good Doctor Season 6 Episode 1 drove that point home, along with the idea that domestic violence and mass shootings are linked. But was this graphically violent story necessary?


Sadly, stories about bad guys taking doctors hostage have become as common as real active shooting situations. These stories aren’t as scary as they’re intended, especially since we know the actors are still on set and, therefore, the characters aren’t in danger of losing their lives.


In addition, this whole setup didn’t scream active shooter. Yes, there was a guy with a gun roaming the hospital, but it wasn’t a situation where someone broke in with a gun and shot random people.


This guy attacked his ex and the doctor protecting her. After he stabbed them, he was desperate to escape, so he grabbed a gun and started roaming the halls.


He only holed up with Morgan and Asher because he was too high up to get out of the building.


That’s a bad situation, but it isn’t the same as the tragedies we’ve seen on the news where someone shoots random people for no apparent reason.


While the end-cap told us there was a link between domestic violence and mass shootings, the story didn’t demonstrate that.


At most, it seemed like there was a link between domestic violence and murder-suicide, as the guy deliberately acted to get shot by the cops after realizing what he’d done.


The hospital was primarily empty during the incident; it made sense that most doctors were at the wedding reception, but other than the one patient who needed emergency surgery, nobody in the hospital needed help.


I realize there was a limited cast to work with, but it didn’t seem realistic that this dangerous situation didn’t affect 99% of patients.


I’m also not a fan of making people who perpetrate domestic violence sympathetic.

Gunman: Tell me the truth. How is she?
Morgan: Who?
Gunman: Dulcea.
Morgan: Now you care about her? You did this to her.
Gunman: I love her.


Yes, most perpetrators are damaged people who may have experienced violence growing up. But Asher got this entirely unrealistic scene where the gunman realized he had acted just like his father when he attacked the woman he claimed to love and unloaded the gun before walking out of the room.


I didn’t buy that. It was too simple a solution and made the perp appear to be a guy who screwed up and then realized the error of his ways.


There is no coming back from a violent incident like this. This man stabbed two people, threatened countless others with a gun, and then attempted suicide by pointing it at a bunch of cops.


This type of thing isn’t what fans of The Good Doctor watch this series for, either.


Violence can impact anyone in any career or setting, and maybe that was the point. But The Good Doctor isn’t a thriller nor a police show. It’s a medical drama, and it took two-thirds of the hour to get to anything resembling medicine.


The guy who needed surgery during the lockdown was an afterthought. We didn’t even get any unrealistic scenes of Morgan, who can’t do surgery anymore because of her rheumatoid arthritis, trying to Macgyver something to save his life.


Instead, his whole purpose seemed to be to show the gunman still had enough of a heart not to want to kill a patient for no reason.


It wasn’t believable that the guy would let Morgan call Park or anyone for help with the patient’s case, either.


After the unrealistic ending to the hostage drama, things got back on track with Shaun and Glassman butting heads over Lim’s treatment.


And as is par for the course with this series, Lim had a few near misses but was fine in the end (except for her paralysis, which may be a compelling dilemma for her this season.)


That segment with Shaun’s flashbacks and near catatonia was all sorts of weird, though.


Shaun has some unresolved PTSD around his brother’s death. Although he has lost or nearly lost patients before, for some reason Lim’s near death triggered something.


That’s realistic; PTSD flashbacks can hit out of nowhere. But some foreshadowing that this was an issue would have been nice.


His vision of Steve also seemed random, though The Good Doctor has a history of doing things like this; Glassman made peace with his late daughter the same way.


Jerome and Asher solidified their relationship when all was said and done, while Morgan and Park did the opposite.


First of all, I didn’t like Park’s attitude that Morgan was putting her career over their relationship. As annoying and selfish as Morgan can sometimes be, she has every right to a fulfilling career. She can’t operate anymore, and the job in New York was a terrific opportunity for her.


If Park is convinced that career decisions should be secondary to the relationship, why doesn’t he quit his job and follow her to New York? Why should the woman be the one to do all the compromising?


In any case, Morgan’s experience convinced her that life was too short not to spend it with Park, only for him to throw that back in her face. Now she’s stuck at St. Bonaventure, with neither a boyfriend nor a fulfilling job. Ugh.


Your turn, The Good Doctor fanatics. Hit that big, blue SHOW COMMENTS button, and let us know what you think of the resolution of this violent situation.


If you missed it, watch The Good Doctor online right here on TV Fanatic.

Jack Ori is a senior staff writer for TV Fanatic. His debut young adult novel, Reinventing Hannah, is available on Amazon. Follow him on Twitter. 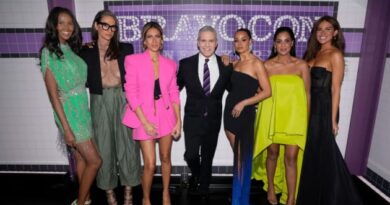 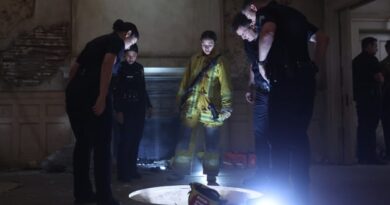 Percy Jackson and the Olympians Casts Lin-Manuel Miranda as Hermes