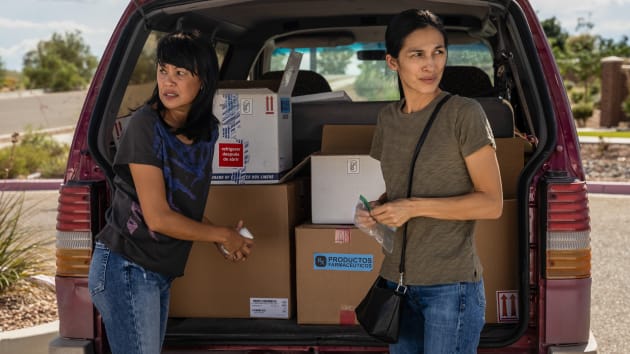 
During The Cleaning Lady Season 2 Episode 3, many main characters pondered that question as they experienced life-altering decisions.


Thony and Fiona exhibited feisty independence, and Arman was determined to make it himself.


Thony and Fiona are strong women, and this episode showed that neither of them let anyone push them around. We also saw again that the other cleaners are their core family.


Family isn’t always blood, and these other women have stood by Thony and Fiona more often than the elder De La Rosas have lately. It was enjoyable to see Fiona smile for a few minutes.


Samantha’s diabetic attack showed what was wrong with the health care for low-income families. Typically, insulin and diabetes medications are affordable even without insurance at some stores, but we don’t know if anyone has informed Samantha of her options.


Perhaps, Vinny wanted to make money by selling her medicine, albeit the wrong ones.


Luckily, Thony used her medical expertise to get Samantha a soda and stabilize her sugar.


The manager’s callous behavior made things worse. He didn’t care that Samantha had fainted. He only wanted them to clean the room faster.

Fiona: I quit!
Alonzo: Again? How many times does this make this month? See you tomorrow.
Thony: No, she’s not coming back, and neither am I. I quit too.
Fiona: We’re opening up our own cleaning business.
Alonzo: What makes you think you can do that?
Fiona: Because we’re badass bitches who deserve better than putting up with a jerk like you!


Those cleaning ladies respect Fiona since all of them quit with her.


That felt like a burden to her, but Thony was determined to do right for their friends.


Out of the two ladies, Thony is the idea person, and Fiona is the one who goes toe-to-toe with the people who stand in their way.


Thony realized how hard getting medication was going to be when she couldn’t get Luca’s meds either, and to make matters worse, Luca had developed a high fever.

Things need to change. It shouldn’t be this hard for Luca to live.


Naveen Andrews plays Robert Kamdar perfectly as the season’s new villain. He seems to want Arman to fail so he can collect Nadia as his prize.


At first, Arman refuses to play the game, saying he’ll pay back his loan in full.


Soon Arman realizes that non of his gun suppliers will deal with him, especially now that the FBI is watching them.


Being in debt takes a toll on Arman and Nadia’s marriage. While he’s convinced they make it from nothing again, she’s starting to panic.


Who will Arman choose when this is over? While he would do anything for Thony, including getting medicine for Luca, he still loves Nadia too.


He made promises to her, and she got him out of prison.


Unfortunately, her deal with Robert is killing them now. However she feels about Thony, they’re running out of options.


He wants to try her idea of selling medications and seeing if it brings them some cash.

Nadia: You want me to go into business with your cleaning lady?
Arman: You’re the one who ran to your ex-boyfriend for money. You had no problem doing that.


The three of them argue about which types of drugs to sell. Thony wins because she’s the only one familiar with the medicine and her clientele.


This was the strong, badass Thony we love. She returned to Vinny with the medicine and offered him a cut if he gave her his client list.


While she didn’t have a clinic set up yet, Thony sold many locals antibiotics, blood pressure meds, and other essentials while taking vitals nearby.


She’s got everything she needs for her clinic to be successful. Thony De La Rosa is on her way!


Arman and Nadia were almost $60,000 short. I noticed Thony kept money to save Chris and other money, so I’m unsure if there would have enough. She’s starting to think of herself too.


Robert isn’t someone you put off, either. When he offered to give Arman one last chance, he kept Nadia as collateral. He probably hoped Arman would fail and he could keep her.


Arman didn’t want to hurt an older man. He seemed horrified Robert sent him there, and after a fight with the son, he collected the money.


The battle is on for Nadia, and Arman still loves Thoney too. We have an exciting love square.

The only way this works is if we work together.


Security cameras are a frightening thing when used the wrong way. I hated that the motel clerk used them to locate Fiona’s license plate number and follow her.


That was nerve-wracking for a woman already on edge.


The way he threatened her and put his hands on her gave me the creeps.

You know what else I got off those cameras? Your son killing that guy. Unless you compensate me for my lost business, I will have to give that footage to the police.


It made him seem like a predator she should stay far away from.


We hate Garrett. If he hadn’t made Thony spy on Mia, she would have accompanied Fiona to the motel to pay the blackmail money. Perhaps that would have prevented the unavoidable.


Understandably, Fiona wanted to protect Chris. However, snooping the video cameras and provoking the motel clerk wasn’t her best move.


She’s in a rough spot wanting to call the cops because he sexually harassed his clients, but she’d get in trouble too.


He should not have tried to attack Fiona, though. With her wielding that vase over his head, is he dead?


Over to you, Cleaning Lady Fanatics. How will Fiona and Chris get out of this now that two incidents have occurred at the same hotel?


Will Arman and Nadia survive working for Robert? Are you excited that Thony and Fiona have their own business? Chime in below in the comments.


Remember, if you miss an episode, you could watch The Cleaning Lady online via TV Fanatic.


The Cleaning Lady airs at 9/8c on Mondays on FOX. 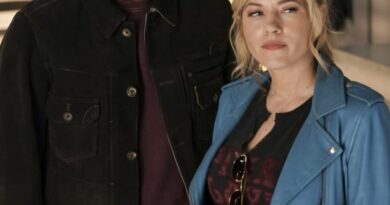 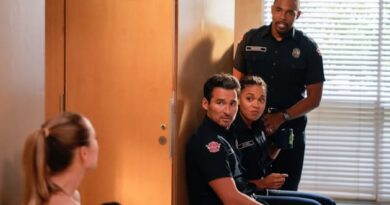 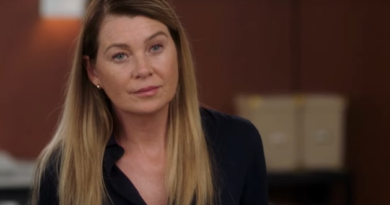