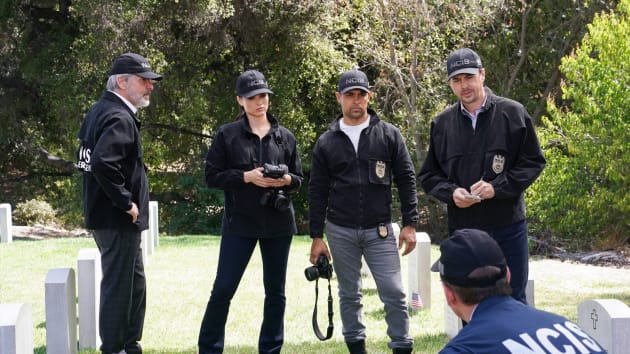 
NCIS is at its best when it has a satisfying case that calls for all of the series regulars.


NCIS Season 20 Episode 3 was a diamond in the rough because it utilized everyone and was a captivating subject matter.


Who doesn’t love the thought of finding old artifacts and examining their meaning?


Finding out how they got there is intriguing, but “Unearth” took that one step further by having a group of people interested in said artifacts.


Aside from NCIS Season 20 Episode 1, there have been few stakes on NCIS, but knowing that Wilmer Valderrama has many exciting projects in the works made it difficult not to ponder what could become of Torres.


If you watch NCIS online, you know he’s been working through some deeply rooted issues that have been disrupting his life for a long time.


He’s undeniably impacted the series throughout his tenure, so losing him would probably make many people stop watching.


McGee, Jimmy, and Vance are still there to give viewers their ties to the past, but the series has been hinging much more on Torres and his personal issues for a while now.


He’s brash at the best of times, but the series does a good job of fleshing out why he reacts the way he does.


He has this fear of abandonment, and frankly, it makes sense when you look at his arc throughout his run on the series.


Valderrama has been playing the role with much more vulnerability in recent episodes, making breaking through Torres’ icy exterior considerably easier.


Undoubtedly, his brush with death helped him realize he could — and should — trust his teammates enough to tell them more about what he’s going through.


Far too many people suffer in silence in this world, and we could all benefit from being a bit more vulnerable and open to talking about our issues.


It was also a nice touch that his therapist, Grace, was also going through something. It’s difficult for guest stars on long-running shows to make much of an impact, but Laura San Giacomo’s performance helped make this one of the most memorable installments in some time.


My hope for Torres is that he continues to speak out and get the help he needs.


It shouldn’t have taken him getting shot to realize that, but at least he got some semblance of a wake-up call instead of suffering.


The series also flows much better when it embraces darker cases. Maybe it’s a preference as a long-time viewer, but NCIS Season 20 Episode 2 and its forced reliance on Crypto was more infuriating than entertaining.


With the ratings way down from last season, it’s becoming increasingly likely that the show will end sooner rather than later.


I dare say that proceeding with cases that take us into the wants and needs of the characters will keep viewers invested.


It’s challenging to keep cases fresh this late in the game, but navigating very different hurdles with the characters that are true to them helps considerably.


Kasie’s plan for Ducky’s party was cute and all, but would it have hurt to spend more time with everyone at the party?


It was the perfect place to decompress following one of the deadliest cases in a while, but it played out more like an afterthought.


Ducky’s stealthy arrival at the party was a typical Ducky move, but it could have been handled better had there been more time spent at this celebratory event.


For a team that’s quite literally hinging on each other for survival throughout many desperate scenarios, they don’t feel like a believable team.


That’s my takeaway following one of the strongest cases in years. The best foot forward would be for the writers to help bring the team together on a stronger level.


We don’t need new blood, we need the same characters, but they need to be handled a bit better to give more scenes of them together that organically fit into the story.


I may be in the minority, but Knight and Palmer are starting to grow on me. Initially, I was against any form of relationship between them, but I can’t deny that there is some chemistry here.


Hopefully, Ernie from NCIS: Hawai’i doesn’t make a surprise visit to try and win Knight’s heart because that would be something I could not get on board with.


“Unearth” highlighted what NCIS can do with better cases, and I’m intrigued to see Torres grow as the season progresses.


What are your thoughts on the case?


Do you prefer when the series embraces darkness?


Did you expect something more severe to happen to Torres, given Valderrama’s busy schedule?


What are your thoughts on the team at the moment?


Do you think the show needs to do a better job of making them feel like a functioning team?


If you could bring one former star back to the series, who would it be, and why?


Hit the comments below. 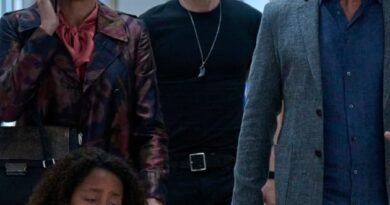 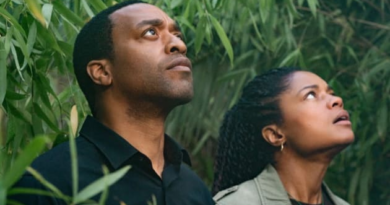