Beau Arlen is a bit of a mystery.


Ever since the charismatic sheriff came on the scene, we haven’t gotten a chance to discover too much about him outside of his relationship with his daughter, but that looks likely to change now that his ex-wife is back in the picture.


In this exclusive sneak peek from Big Sky Season 3 Episode 4, Carla stops by to see Beau and inquire about the missing backpacker. And things are awfully tense between the former lovebirds!


One thing we do know about Beau is that he’s devoted to Emily, and he’s not-so-fond of his daughter’s stepfather, Avery. Is that disdain rooted in jealousy? One could come to that conclusion based on Beau’s admission at the end of Big Sky Season 2 that he still had feelings for Carla.


But it could also be much deeper than that, and hopefully, with everyone now assembled in the same proximity, we’ll get some more insight into this family dynamic.


Beau and Carla appear to be on civil terms, but once the truth comes out about what’s really happening out there at Sunny Excursions, perhaps they find themselves being drawn back together or pushed even further apart.


Carla is on her way up to the fancy hideaway when she runs into Beau and Jenny, and none of them realize quite what’s going on up there yet.


Emily and Avery will continue to look into Paige’s sudden exit as Luke parades around the campsite like nothing is amiss.


Sunny’s duplicity may be getting her a deeper look from love Buck, who will start to grow suspicious of Sunny, and can you blame him? Sunny puts on a bright smile and acts as if everything is peachy keen, but you can see her mask slowly starting to fall.


It’ll be interesting to see what Buck discovers and how much he’s involved in what we can assume are Sunny’s extracurricular activities.


Elsewhere this hour, Cassie will be teaming up with Cormac as the two take to the trails and discover something they aren’t prepared for out in the woods. This is a rather intriguing pairing, and while we don’t know much about Cormac or his intentions, we did sense a spark when these two first met.


Might there be a love connection on the bloody trails?


We’ll also have more Donno and Tonya here, and coming off that Big Sky Season 3 Episode 3 ending, which saw Gigi show up on their doorstep, we couldn’t be more excited to see just what these three could have in common.


Big Sky is moving along rather nicely this season, and this next episode looks like another fun installment.


Check out the clip below, and hit us in the comments with your thoughts about Carla’s arrival and what you think could be next for her and Beau! 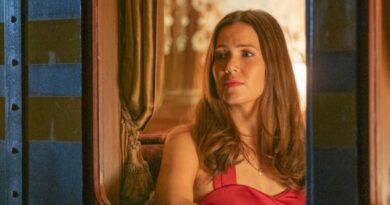 People’s Choice Awards: This Is Us Leads 2022 Nominations 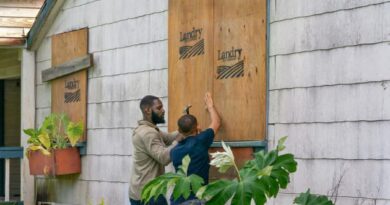